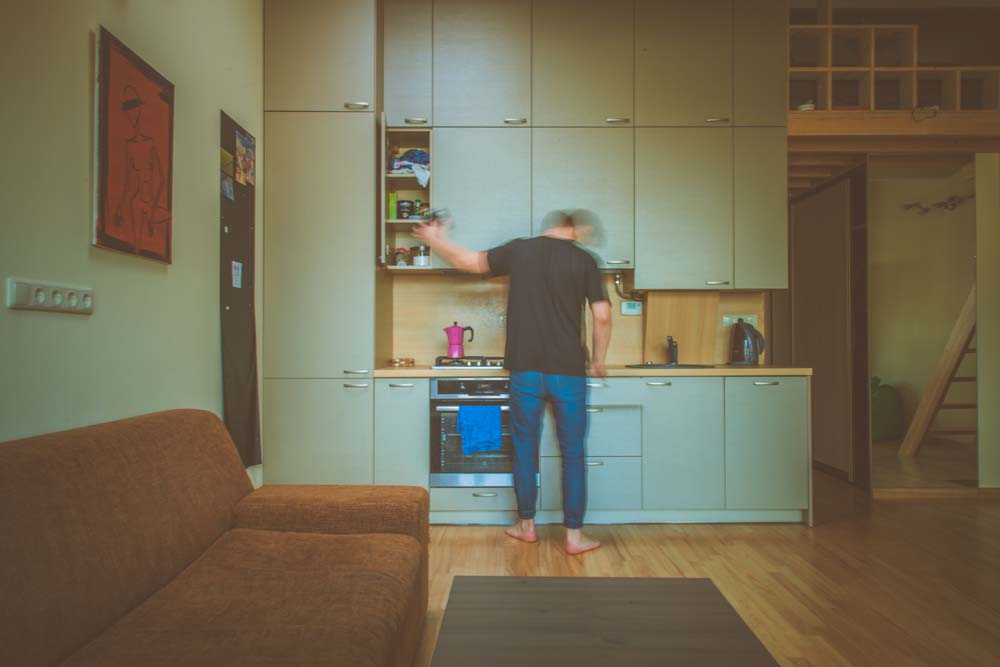 The Importance of Keeping a Routine During Home Isolation

There’s a chapter in Kurt Vonnegut’s book Slaughterhouse-Five that I’ve been thinking about a lot lately. When the protagonist Billy finds out he’s being made a prisoner of war in Dresden, he and his fellow soldiers get lectured by a group of Englishmen about the importance of maintaining a basic routine.

What the Englishman said about survival was this: "If you stop taking pride in your appearance, you will very soon die." He said that he had seen several men die in the following way: "They ceased to stand up straight, then ceased to shave or wash, then ceased to get out of bed, then ceased to talk, then died. There is this much to be said for it: it is evidently a very easy and painless way to go." So it goes.

Though the forced home isolation and social distancing we in Australia are experiencing as a result of COVID-19 can hardly be equated to being in a prison camp, there is a lot of applicable wisdom to be found in this text.

As the world plunges into uncertainty, not only are we getting showered with constant bleak news updates about the pandemic, but many of the things we usually find enriching – group exercise, catching up with friends and family, getting into nature, eating out – are off the cards for the next few months.

Our usual routines have been uprooted: daily commutes have been swapped for strolls down the hallway, parents are being forced to transform into professional educators and teachers are being made to move their classrooms to their laptops. All of this is taking an immense toll on people’s mental health, especially those living with conditions such as anxiety and depression.

I’ve spoken to friends who have admitted to finding it more of a struggle to get out of bed some days, and I know they are not alone. There is immense temptation to sleep in and lounge around all day in pajamas, but though it’s okay to do that for a little while, we need to try and maintain a semblance of normalcy and find ways to increase a sense of being in control of our lives.

Last month, the World Health Organisation released a paper on mental health and psychosocial considerations during the COVID-19 outbreak. Among their many recommendations for carers of children – particularly those stuck at home – was either maintaining a familiar routine or amending it and creating a new one.

Australian non-profit organisation BeyondBlue agrees, and has encouraged us to try and view this period as "a new experience that can bring health benefits".

So what does this mean? Well, the simplest way to kickstart a new routine is to lean on elements of the one you had before.

Wake up at a reasonable hour, brush your hair, put on something other than a dressing down and sit down to a healthy breakfast. Schedule a time to leave the house to go for a walk or a bike ride, or to take the dog for a run. Stick to your usual workday structure and after-hours downtime. Be sure to also carve out a little time to do the things that bring you joy – such as trying a new recipe for brownies, doing a watercolour painting or listening to a meditation. Though an occasional bit of daytime TV is okay, it’s a massive reminder that things are not normal at all, so don’t overindulge!

Obviously, there is not going to be a one-size-fits-all approach to creating a new routine, and a family of six is going to meet a wildly different set of challenges to a teacher who lives alone. However, in one way or another, we’re all being faced with new disruptions and stresses as the orders to stay home pervade and the world shuts down around us.

So – irrespective of your situation – keeping a routine is one of the easiest and most important ways to help manage your anxiety and stress during these strange times.